Without a doubt, fracking is here to stay.

For decades, hydraulic fracturing had been referred to as an unconventional completion technique, but over the past 10 years it has become the technique by which most natural gas is produced in the United States. Based on the most recent data from states, the Energy Department's Energy Information Administration estimates that natural gas production from hydraulically fractured wells now makes up about two-thirds of total U.S. marketed gas production. This share of production is even greater than the share of crude oil produced using that method, where hydraulic fracturing accounts for about half of current U.S. crude oil production.

This graph is eye opening: 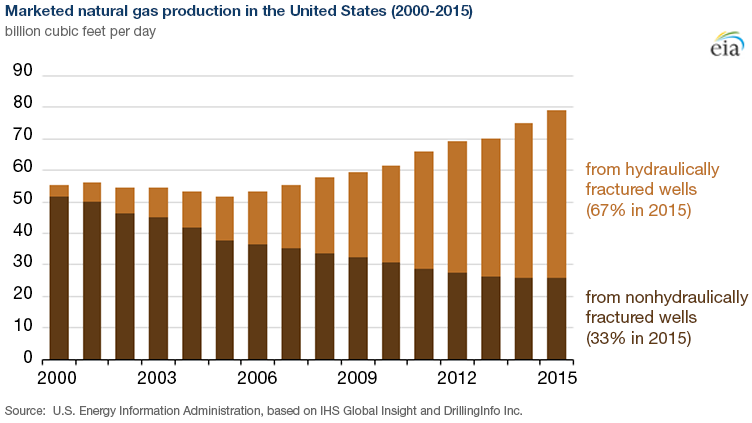 Posted by Johnnygeneric at 2:56 PM