California cities among slowest to recover since recession, study says

Gee.  You needed a study to prove this???

Not surprisingly, the rankings tended to mirror which areas were hardest hit by the housing crisis. Texas emerged relatively unscathed from the bubble, and cities such as Houston, Dallas and San Antonio all ranked in the top third of cities measured.

Those at the bottom also included hard-hit areas such as Phoenix, Las Vegas and Cape Coral, Fla.

"At the end of the day, it was a housing crisis where everything began," said Odysseas Papadimitriou, chief executive of Evolution Finance, which runs WalletHub. "So the areas that relied on housing, where you had some of the biggest bubbles, suffered the most."

Los Angeles, Oakland, San Diego and Sacramento all ranked in the bottom half of WalletHub's list. The highest-ranked California cities were San Francisco, Bakersfield and San Jose.

Here's a snapshot of the cool graphic: 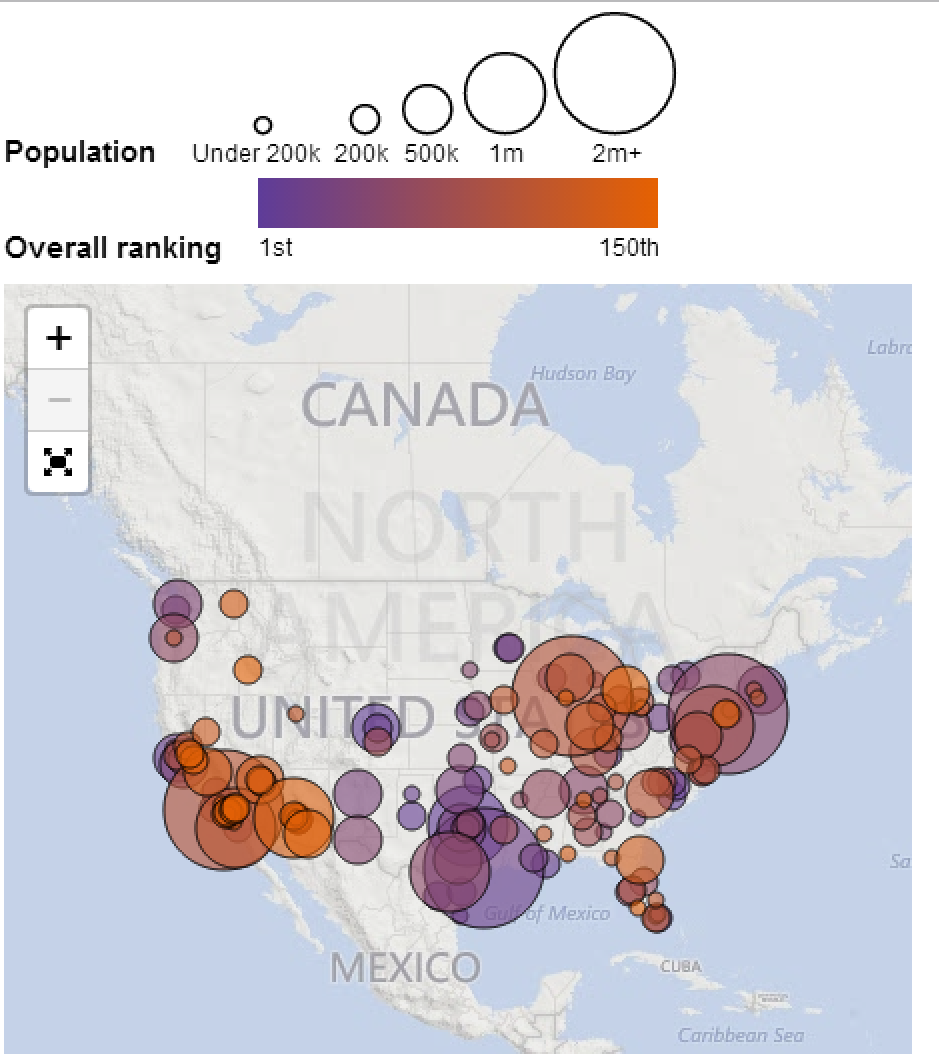 Posted by Johnnygeneric at 4:08 PM