This is an amazing comprehensive study done by the US Chamber of Commerce.  The report focuses on energy projects in the US and the problems the projects incurred in the path of approval and then died.  Unfortunately, the report is now almost two years old.

Here are some of the quotes:

I've mentioned this before.  CA, of all places which has blazed the path for renewable energy is getting almost insurmountable roadblocks thrown up by these same environmental groups.  How ironic!

Based on our review of the circumstances of the 351 projects identified, we conclude that, absent policy action aimed at constructive reforms to the regulatory process, there is substantial risk that economic progress and opportunity will to continue to be denied for millions of American citizens. 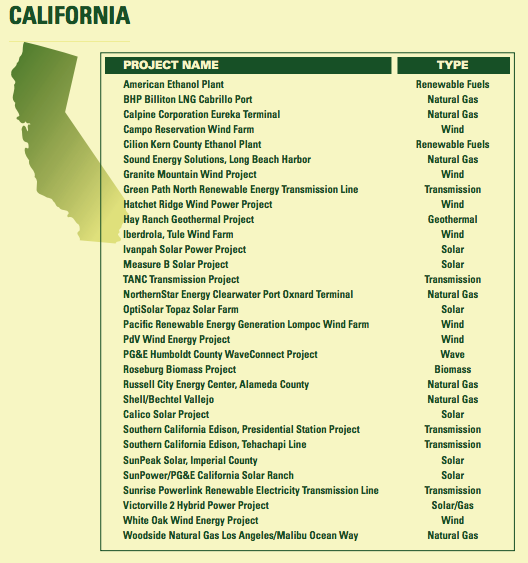 And here's what it means in terms of money into the CA economy: 142,100 jobs
Don't you guys WANT THESE JOBS? 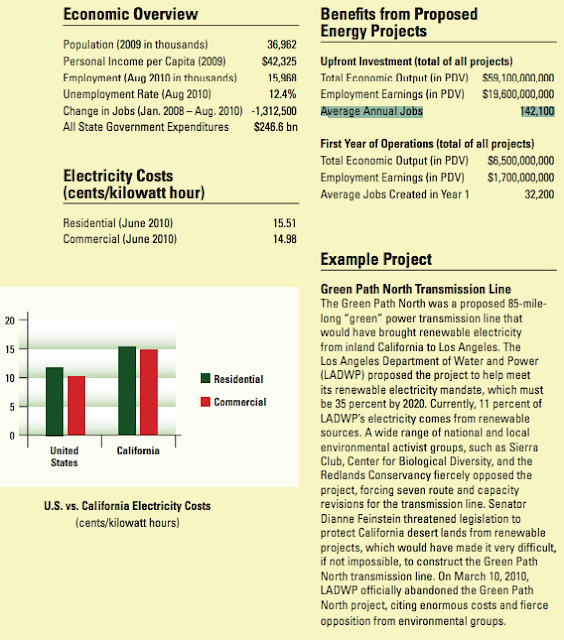 Posted by Johnnygeneric at 9:21 AM