Wow.  I think if I owned a major company there that was experiencing these outages, I'd seriously look at moving.

California led the nation in power outages in 2012, with the state racking up 510 blackouts totaling 16,984 minutes — nearly 12 days — affecting more than 1.4 million people.

The average number of people affected per outage in the state was 3,711, and the average length per outage was 210 minutes, or three and a half hours.

The impact of power outages on corporate computer systems is equally devastating, according to figures from the Department of Energy. 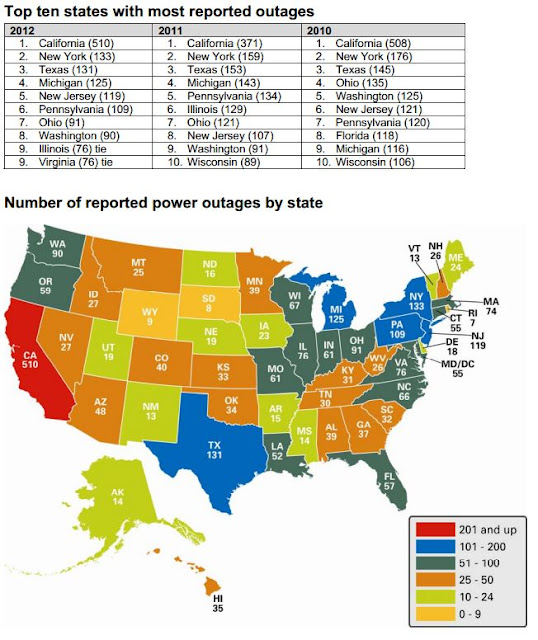 Of course, when we last had a hurricane in Houston back in 2008, our power was out for three weeks!!  Having said that, from 2010 through 2012 TX has had a total of nine hurricanes and tropical storms plow through the state and we still managed to keep the lights on for longer than CA.
I think things in CA are going to get worse before they get better.
Posted by Johnnygeneric at 1:59 PM