RIVERSIDE (CBSLA.com) — A Riverside woman is facing misdemeanor charges following her arrest for speaking too long at a Riverside City Council meeting, the Riverside Press-Enterprisereported Thursday. Karen Wright, whose arrest was videotaped and obtained by the paper, was cited for disrupting a public meeting Tuesday night.

“The incident unfolded after Wright exceeded her allotted three minutes to speak at the lectern while commenting on a sludge hauling contract,” the paper reported.

Wright, 60, was initially handcuffed by two officers while she was on her knees. In video of the incident, Wright can be heard yelling in pain as officers tried to bring her to her feet.

“Can you see my wrists? You’re pulling and jerking on my wrists!” she said. “I cannot get up without putting my hands down!” 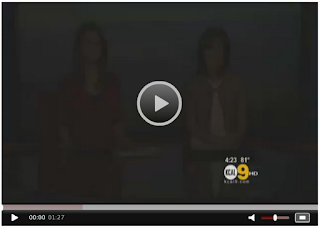 Posted by Johnnygeneric at 6:24 AM